The surfing adventure by essence, nestled in the hollow of a paradise island, preserved from mass tourism and delivering incredible waves.

The surfing holiday of your dreams The journey

The surfing adventure by essence, nestled in the hollow of a paradise island, preserved from mass tourism and delivering incredible waves.You'll be in the best place a surfing adventurer can dream of.

Presentation
Accommodation
Surf
Package & prices
When to go?
Our advice
Customer reviews
See on the map

Where do we sleep? Accommodation

It is a traditional mentawaian guest house of 170 m² : 4 beautiful rooms equipped with fans, mosquito nets, electricity and all the household linen. The bathrooms and toilets are located outside.
The surf camp includes 3 "healthy & delicious" meals.

For the transfer on the spots of your various activities, the guest house proposes 2 speedboats especially adapted of racks for the surfs. They will take you to the different waves of the northern archipelago.
The advantage of having 2 boats is to be able to make 2 different groups, one on the passes, the other on a discovery expedition: fishing, snorkeling.
The season starts in March and ends in November. The island is exposed to south - southwest swells.
From March to April, the waves are small but consistent, becoming more serious from May.
The same phenomenon occurs between October and November.
The waves for the most known, Kandui Left, one of the most beautiful waves of the world, if not the most beautiful of the world. E Bay, a superb left which has the advantage of being 100 m from the guest house. Burger World, Pit stops, Beng Beng, Nypussy, Bank Vaults, and many other small ones to discover on site. For the intermediate beginners, you will find a perfect wave in the south: Little Nias.

Pay in 4 instalments without fees with Paypal! Read more

Pay in 4x without fees!

Only for individuals residing in France. French PayPal account required. Payment in 4X is available subject to acceptance, for purchases from 30 € to 2 000 €.

When to go? The perfect months

Indonesia has a tropical climate, just below the equator, two seasons are distinguished:

Our advice impressions of 360° Surf

The ultimate surfing destination, this is a surfer's dream come true. The impressive wild beauty of Nyang Nyang Island will leave you speechless. The major advantage of the surf camp is to offer guided surfing according to your level. The surf camp option also allows you to go with your family where non-surfers can also enjoy the idyllic setting of the islands.

They are talking about it!

Find here the opinions of our surfers who went on a surfing trip organised with 360 surf!
Notice about the product 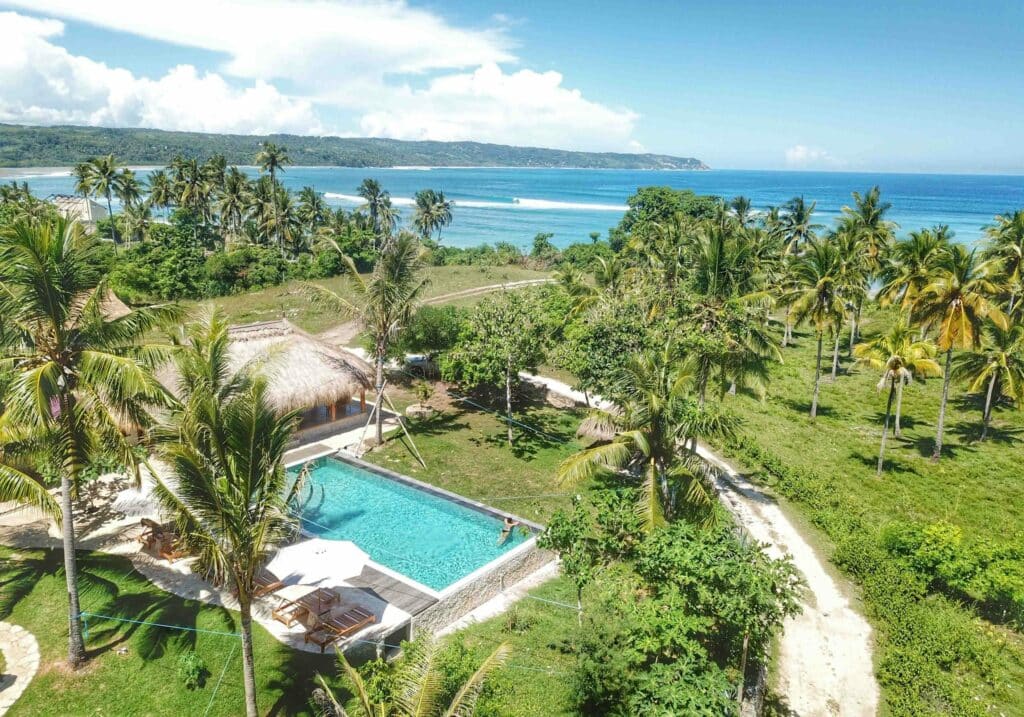 As one of Indonesia's 13,000 islands, Sumba is far from the Balinese frenzy.