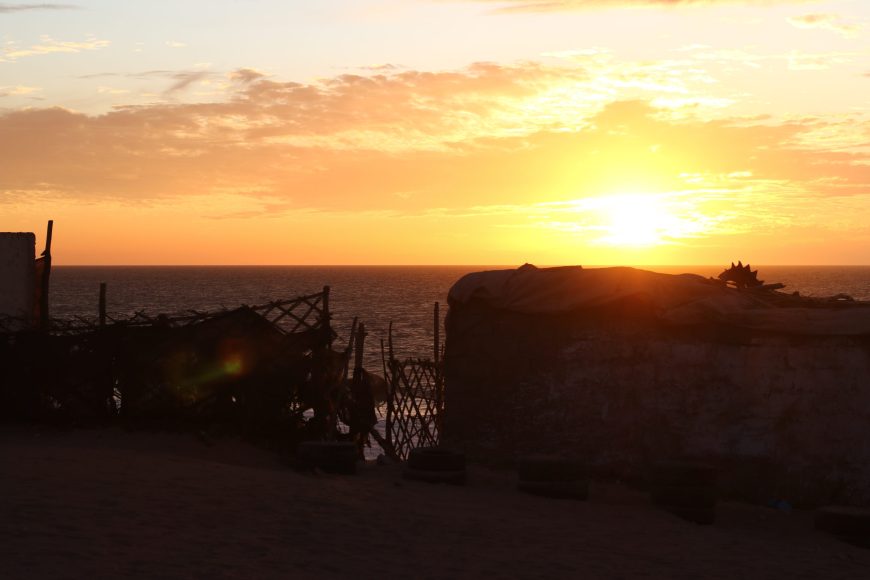 Morocco is talked about a lot but not enough. My Moroccan friends have already told me that. At the same time it's not wrong. At only a few hours flight and economic, we wonder why we continue to persist in going to the other end of the world. For me, who is in a truck, it's even better! Then Morocco by truck is quite backpacker without being too difficult either. Surfing... What can I say, the coast is full of beautiful waves and will satisfy kite-surfing fans. To be clear, it is time for me to explain you the destination of Morocco and the course. This route will leave room for adventure, for the unexpected and for travel.

Before reaching the ocean, I had to take time and associate myself with other elements. So the goal was no longer just to surf. The goal was the adventure. I can't say if I feel like a surfer before being an adventurer... Or vice versa. It doesn't matter as long as you learn to live and feel what's going on in your body and in your head. Surfing is a bit like the selfish grail of the journey. What makes this trip an adventure is rarely found in the usual surf trip. Where mass tourism abandons the sources of surfing.

The spot of the Pointe des Ancres is a good example. We understand why the Moroccans try to keep their spots well hidden. I understand and respect that. This surf trip should be an adventure but also an opportunity to confront my culture, my representations. Maybe it will help me to imagine my future trip when I will look at the atlas again.
Morocco is so divided. Both fast and slow. I like it when it's slow.

So I took the time to get lost and train on foot. Many hours of trekking in the Atlas. Many hours in lost villages drinking Berber whiskies as we say here (tea infused with plants other than mint). Hours that also allowed me to meet new people. Some of them unforgettable and the beginning of a friendship. These experiences have allowed me to cross the Atlas from north to south and from east to west.

Going on a surf trip doesn't necessarily mean putting your ass on a plane to catch some nice waves. For me it's more like a commitment to a new adventure. Hours looking for the destination, weeks to get there and even more to find waves. So before leaving for further away. Before finding an unusual project to lose myself in one of these incredible parts of the world, here I am on the roads of North Africa.

But this time there was no question of running in search of the easy wave. I left for three months. One month to train in the mountains and meet nomadic people. Then slowly to join the coast. 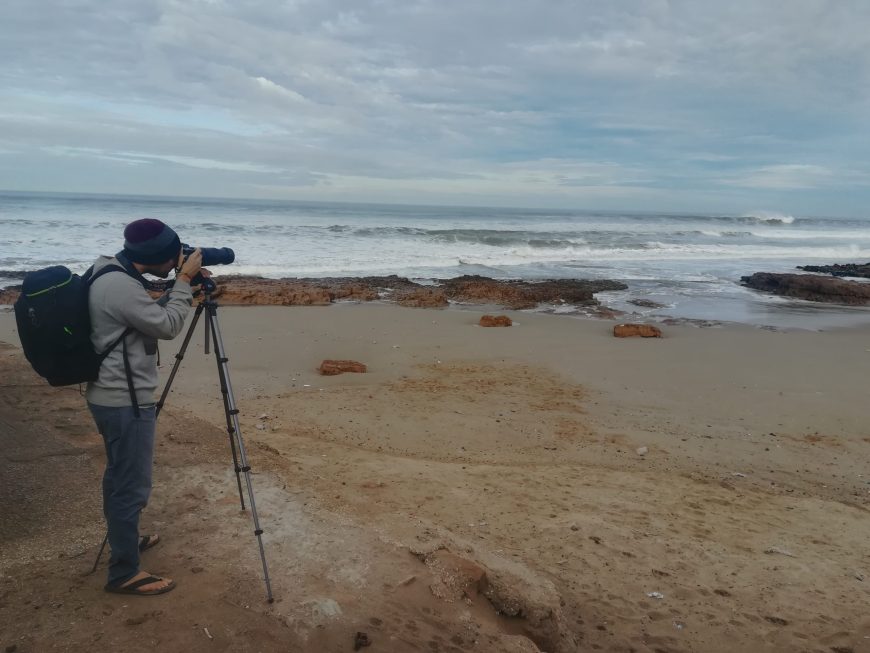 The south. Always the south!

Before visiting some friends between Agadir and Casablanca, I needed a less popular destination. It must be admitted that the Moroccan coast has become very popular with surfers from all over the world. The overpopulation of the spots is then the order of the day. I will pass there because I have meetings to make. But before heading south! A vast area between Agadir and Dakhla of desert and cold current. But where the waves are little surfed, sometimes still virgin. The accessibility is for a lot. The secrecy on the situation of the spots too. So I won't talk about it. I'll try to get lost there to find some waves. I will certainly make a first pass before returning later. Longer. The African coasts are vast. Uninhabited stretches where the power of nature still reigns. It is there that the surf trip will start. In the region of Dalkla, not far from the border with Mauritania. Now it's time for the adventure. 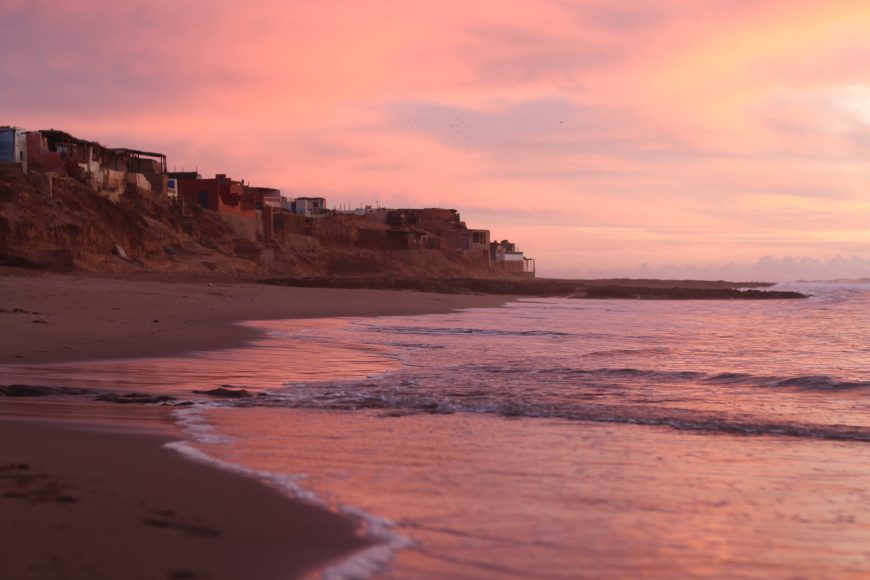 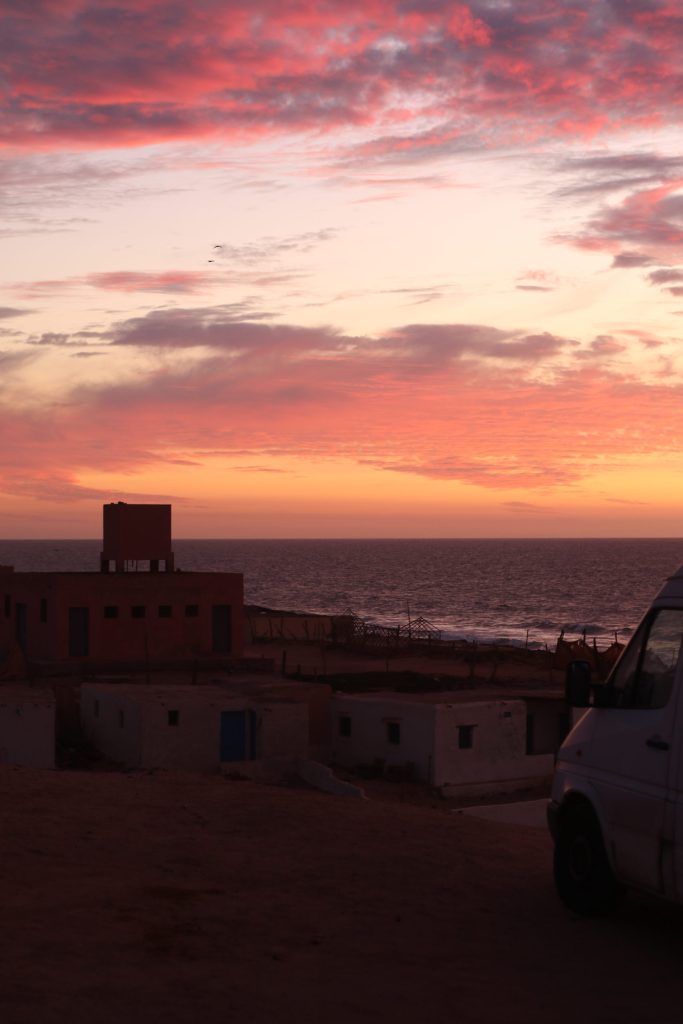 Surfing in Morocco is now well developed. Especially between Agadir and Essaouira and around Casablanca. The first part of the trip will therefore focus on the southern part in the Western Sahara. That's why I came here. Maybe I'll go back a second time. Once on my own, to take the time to discover it and to get to know the hostility of the coast. Maybe I'll go back with a Moroccan surfer-guide to chase the waves I couldn't find by myself. 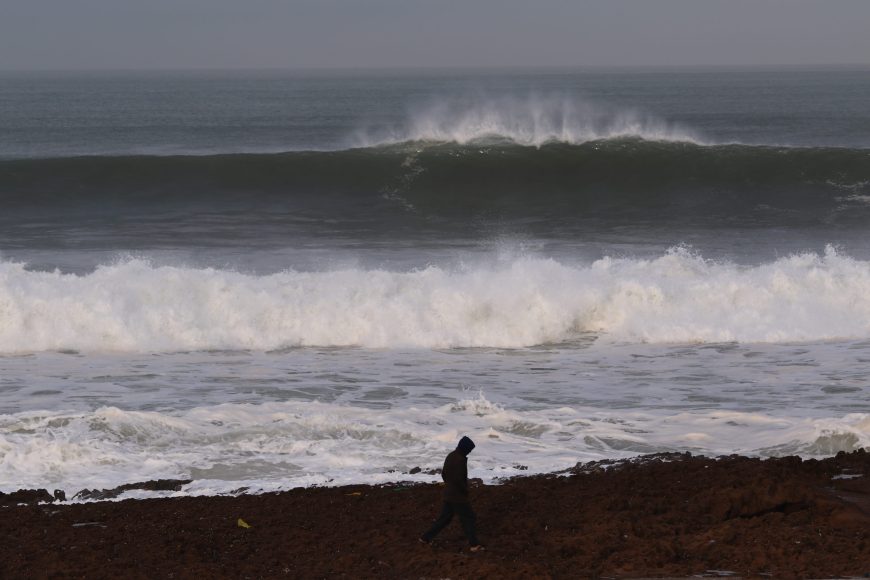 There are plenty of well-known spots in Morocco. But if you look to the south there is nothing. So I understood that the coast was rather deserted. I then contacted my friend Youssef Zerad who put me in touch with a quality Moroccan guide to know how to approach this coast. The famous one with whom I will come back to surf the coast. But I'll tell you about him and this second phase later since I'll make a full report about it. It's more than 1 000 km of desert coast that is waiting for me. Sometimes accessible, sometimes not at all. It requires hours of map reading. But that's what attracts me. This unknown, these secret spots as they say among surfers. No need to ask us the GPS coordinates or the places where we will find the rare pearls. Well, if we find them! When we see the overpopulation of the spots, it is better to respect Morocco and Moroccans by keeping secret what can still be. I commit myself and will commit myself to our guide. To leave to surf on this coast is to leave to the adventure. Towards this unknown where the journey begins. The explorer then meets the cartographer and will perhaps end up surfing for a few hours. As the spots are not indicated just know that I plan to get lost between Dakhla and Agadir. I have just arrived on the coast and the adventure starts now.

I went with a shaper board by UWl to surf the bigger conditions. A thinner 6'4 with a pinched rail that I usually use in fast and hollow Indonesian type waves. I'm going to equip myself for the next step here in Morocco. One or two more boards to be able to surf all conditions but the budget is tight so we'll see. For the moment thanks to the network I met Fahd a shaper near Taghazoute. We will surely talk about Fahd. If he wants I will take the time to discuss with him and make an article on the shape in Morocco. I met him through Arno, a friend who lives in Indonesia. But after that in the surf we all know each other quickly. Fahd is well known here and for good reason! I met him for the first time some time ago. He repaired one of my boards. A perfect job. This time I came to buy a board from him. The second one to widen the quiver. I'll talk about the boards and the shape in a next report.

The next news will come directly from the coast. From my next step. Adventure, exploration, hardship and surfing of course, with pictures of waves and surfing that will go with it.
I'll take some time since I'm also preparing a report but stay tuned anyway. Until then... Enjoy the surf! 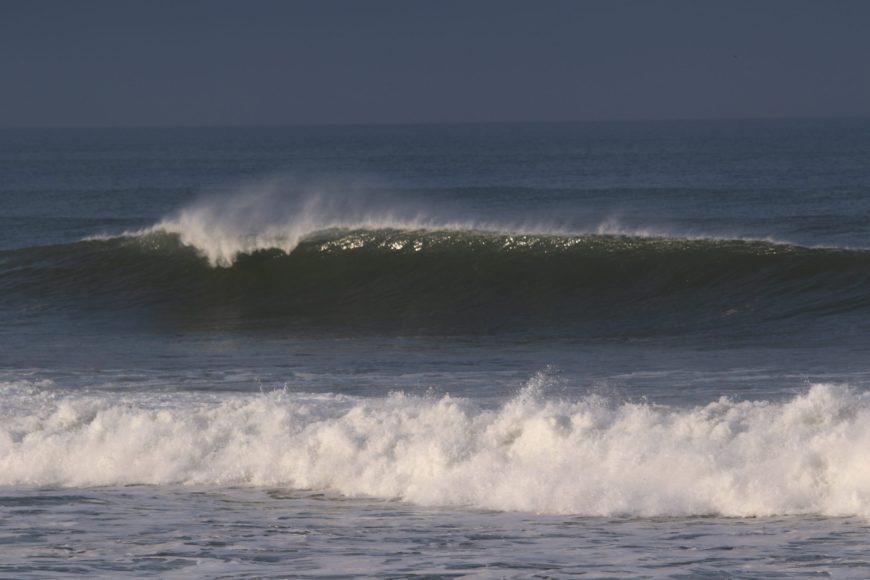 Which board to choose for a surf trip?

Where to go surfing in May?

Boat trip to the Maldives... A dream come true!

Do you know the Banyaks?