5 surftrips to avoid the back-to-school blues

September is already here and we say to ourselves that we haven't seen the summer. Rather than thinking about the subway, work, sleep, why not extend the summer by organizing its next surftrip ... Less than 4 hours from France or, for the most depressed, a few hours flight from the gloom of the return, 360 ° Surf gives you the best surf camps in September.

Why go in September? September is the ideal month for a surftrip because airlines generally offer cheaper tickets than in July and August, because the weather and surfing conditions are favourable and because you won't have a line-up full of tourists.

Are you motivated? Here is our selection of surftrips...

Sea, waves and sun... Head for the best spots in the world! Best known for its huge swells, fat waves and killer wipeouts, Hawaii also has some breathtaking scenery. With its 8 main islands, Hawaii is the most popular place to surf, whether you're an experienced surfer or not. 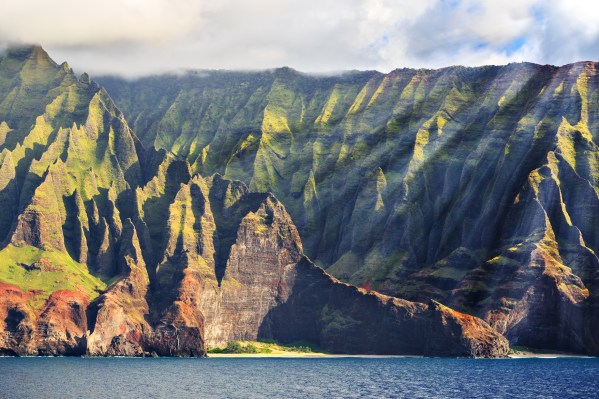 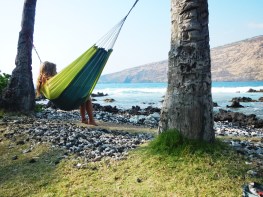 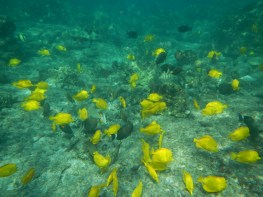 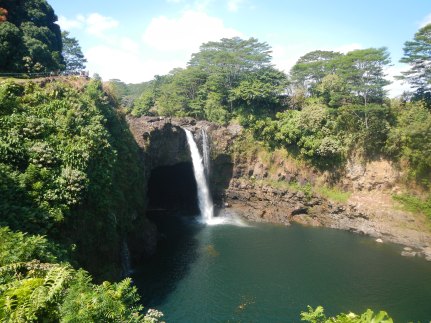 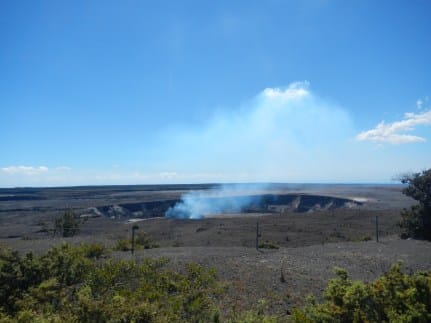 Where to land : Honolulu
Where to surf: Waikiki beach for all longboard lovers
Where to sleep : if possible ($$$) on the North Shore of Oahu for the view and the pipe master !
Best way to get around: drive
Mandatory stop: Big Island... the real island of Hawaii (of the Hawaiians)

For a long time, Nicaragua was considered a difficult place to visit and not very suitable for tourism, mainly because of the guerrilla war that lasted from 1979 to 1990. But now, Nicaragua is the perfect place for your next surfing trip in the sun! 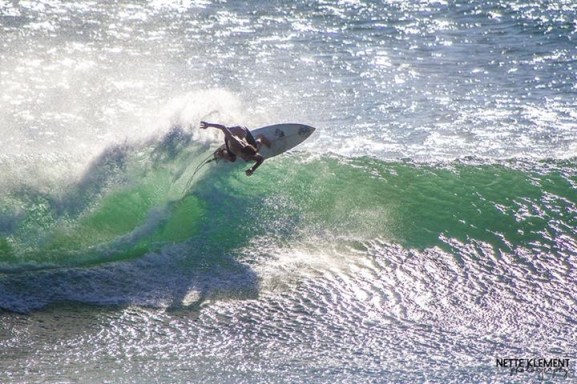 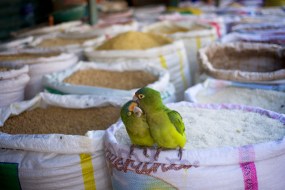 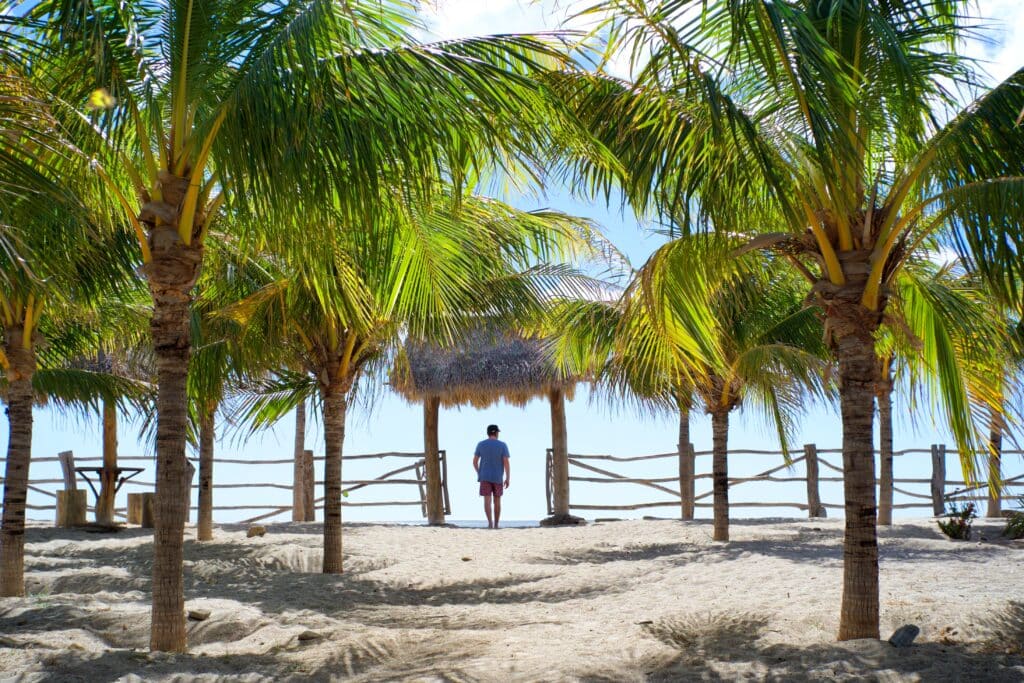 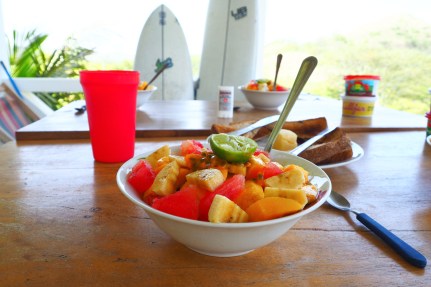 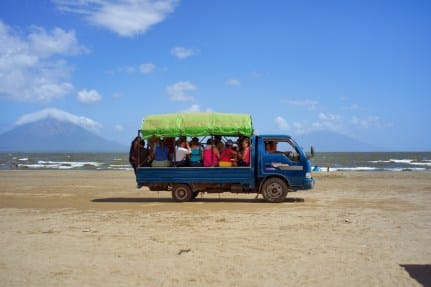 Where to land : Managua
Where to eat: enjoy a desayuno nica at Las Sunrisas Café in Granada
Where to get the best coffee: at Finca opposite the Popoyo spot, and rather a Tona (the local beer) or a fresh fruit juice.
Best way to get around: the chicken bus or a 4x4 rental
What to do : surf, climb at least 2 volcanoes (there are 25 !), chill in a hammock, discover Ometepe Island

For more information about our surf camp in Nicaragua.

The country of Pura Vida is without a doubt a surfing destination par excellence. Its Pacific coast is famous for its south and west swells and has made the reputation of this Central American country grow. Between the secret spots and the spots known to all by the movie Endless Summer you will have only the embarrassment of the choice. Whether you are a weekend surfer or a hardcore rider, come and have fun on the Pacific beach breaks. Costa Rica is a must for all travelers who want to learn to surf in the best possible conditions. The landscapes, the population, the climate, the waves... Everything is gathered in Costa Rica to make it the Paradise on Earth! 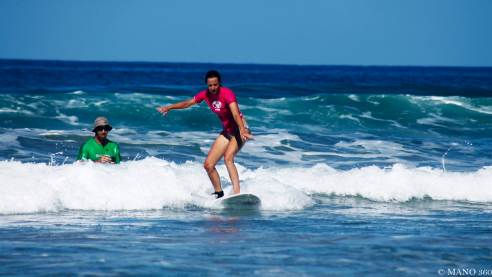 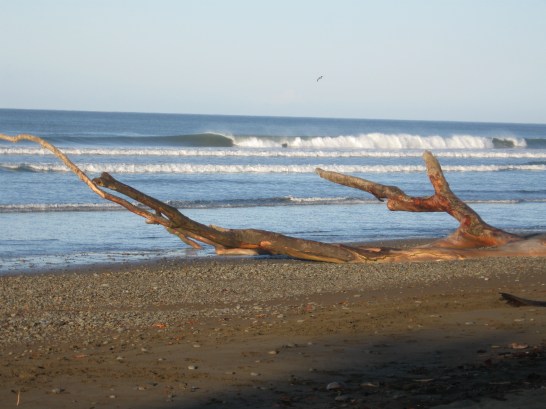 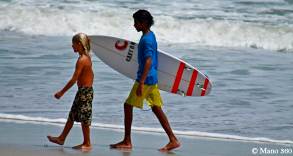 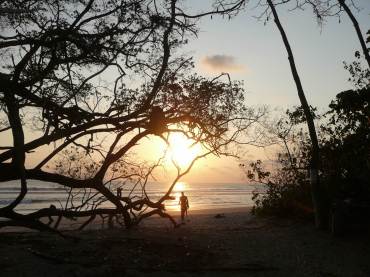 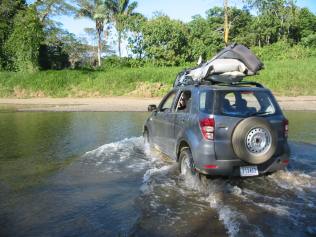 Where to land : San Jose (be careful if you arrive in the evening you will have to sleep one night in the capital before leaving for the Pacific coast)
Where to eat: In Dominical, in one of the restaurants directly on the beach.
Where to get the best coffee: try Kopi-luwak coffee the most expensive coffee in the world... I'll let you Google why.
Best means of transport: the 4x4 without any doubt, there are buses but you don't need to have a schedule to respect.
What to do : surfing on the whole Pacific coast, zip-lining in the primary jungle, visit the islands and watch the turtles lay their eggs... and more !

For more information about our surf camp in Costa Rica.

When we talk about surfing, we inevitably think of the Landes and its many internationally renowned beach breaks which make the Landes coast one of the best surfing destinations in the world. With, in general, very good surfing conditions and mild water between September and November, the Landes spots are THE PLACE TO BE! With over 100km of coastline taking in the generous swells of the Bay of Biscay, sandbanks reshaped by winter storms and the great equinox tides, which carve out the waves in fine weather... France has good spots for all levels of surfers. Landes Côte Sud remains an authentic and preserved area with its endless sandy beaches, peaceful villages in the off-season and its large pine forest where bike rides between two sessions will do you a world of good. 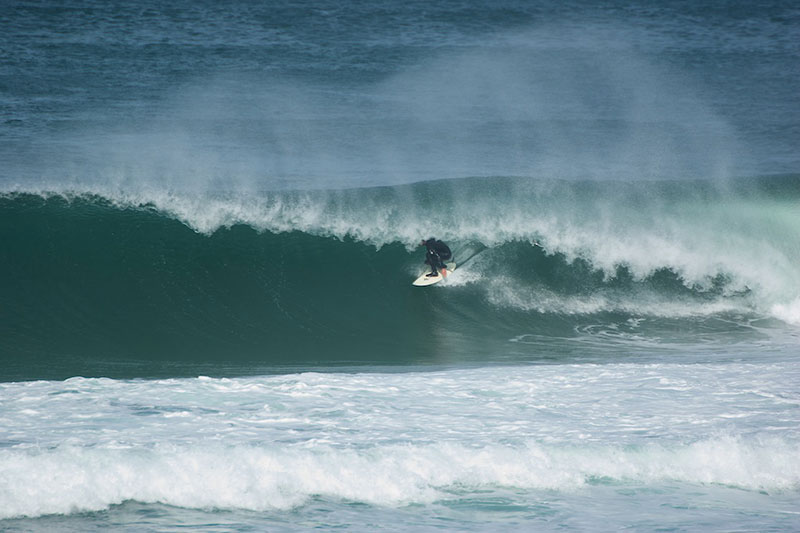 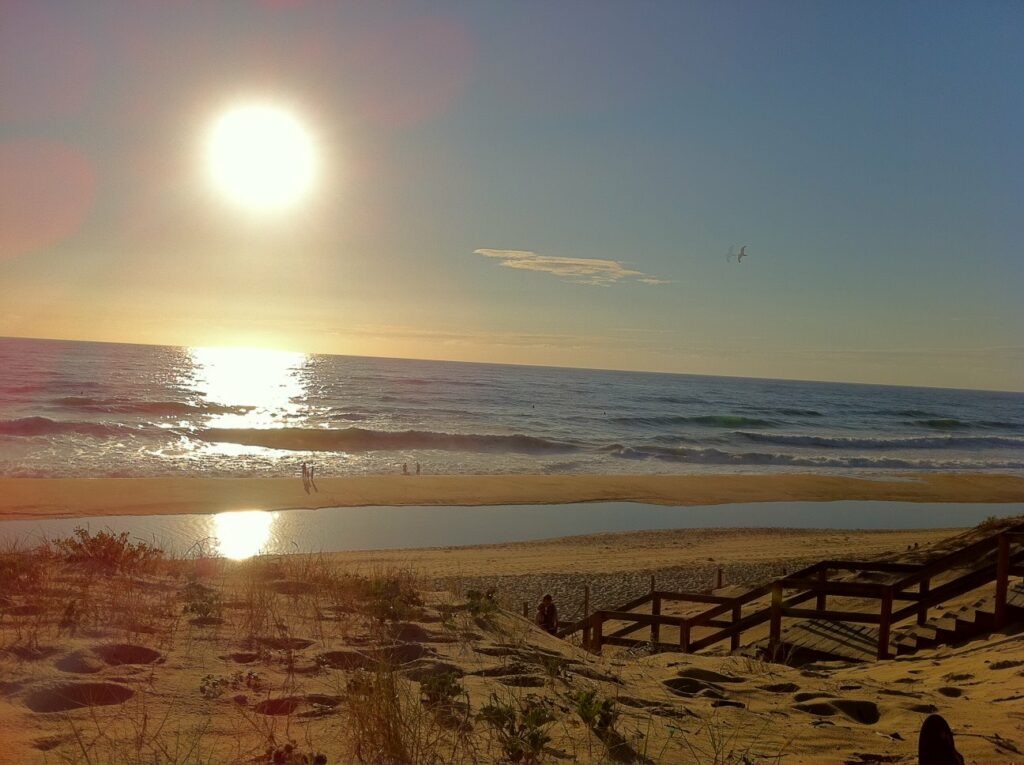 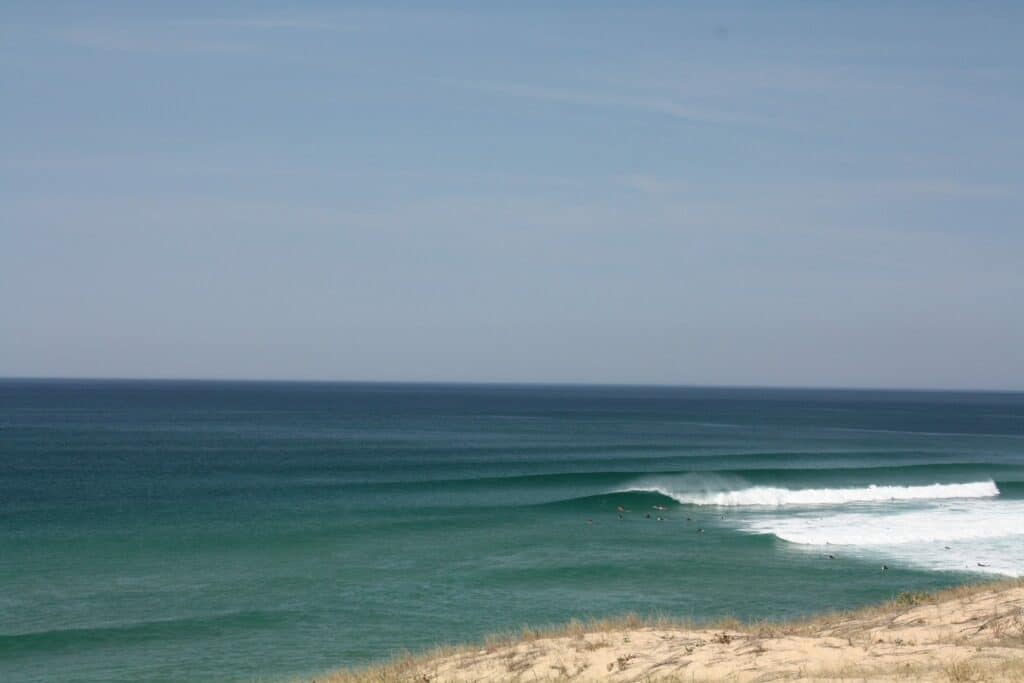 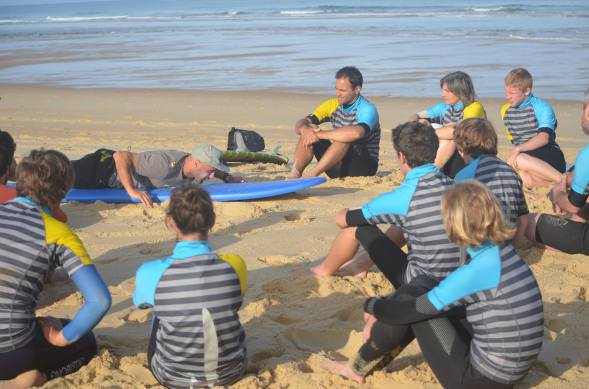 Where to land : Bordeaux or Biarritz
Where to spend great evenings : on the beach of the naked asses in Loucabana or place des Basques in Hossegor...
Best means of transport : car to move around the different spots and to move a little in the region, the bike is a religion in the south west, there are some everywhere or almost.
What to do: surf & chill. Head further south for an impromptu tour of the Basque Country.

For more information about our surf camp in France.

The surf camp Morocco, only 3 hours from Paris, offers you a multitude of spots with a coastline configuration that allows you to check 5 spots in less than an hour. Forget the problem of localism and expect to laugh at the peak. The locals are keen to see you progress and have fun... There are waves for everyone! This is a real cheap surfing destination! The atmosphere in the small fishing villages around Agadir is just huge! Campfire on the beach mixing teachers and students, music and meeting around a tagine... The top of the surf trip! Specially adapted for the trip between friends, it is also adapted to families. 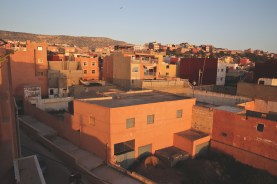 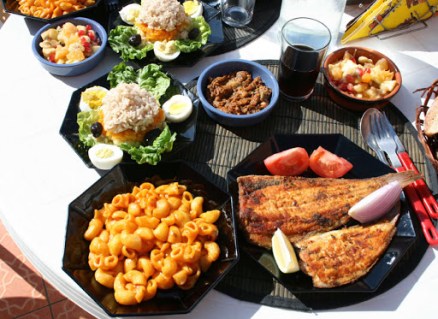 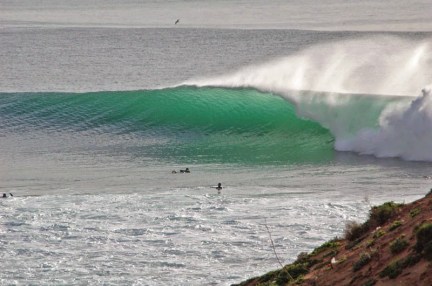 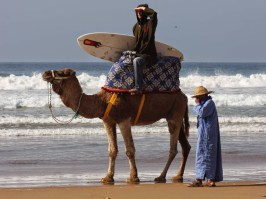 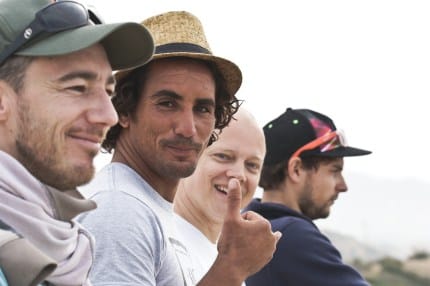 Where to land : Agadir (for the roots and fan of good plans take a Paris-Casablanca or Marrakech and finish the journey by CTM bus to Agadir, much cheaper).
Where to spend great evenings : on the beach of H point... Everyone meets around the fire, music, atmosphere, party until the end of the night.
Best way of transportation : camel. Ask on the spot the locals make camel tours directly on the beach, nice to check the series.
What to do : go cliff jumping for a day in the Paradise valley, just to rest your arms, or go cathedral surfing in Imsouanne, at the gate of the desert.

For more information about our surf camp in Morocco.